Gov. Lujan Grisham failing New Mexicans by not taking action to protect the oil and gas industry and public schools.

Albuquerque, February 17—The Republican Party of New Mexico again calls on Gov. Lujan Grisham to do what her constituents pay her to do—to govern, protect and create jobs in the state.

President Biden’s policies—nothing less than a declaration of war against the oil and gas industry–are already destroying jobs, crushing communities, and hurting families. RPNM Chairman Steve Pearce has warned the governor, state leaders, and a national audience that New Mexico’s essential oil and gas industry is seriously being threatened.

While Gov. Lujan Grisham sits idle, like a motionless drilling site, the Governors of Texas and Oklahoma have taken action to save their state’s energy jobs. Texas Gov. Greg Abbott has signed an order to combat Biden’s policies and is pursuing aggressive legal action. Oklahoma Governor Kevin Stitt has also signed an order to protect his state from federal overreach.

Gov. Lujan Grisham refuses to fight for these important jobs in New Mexico in a multi-billion dollar industry that provides 100,000 jobs, more than 40% of the state’s budget revenues, and contributes more than a billion dollars annually to our public schools. Students and teachers depend on this vital funding.

She’s not only letting down workers but New Mexico students and teachers.

“The governor again shows a lack of courage and is turning a blind eye to her people and the problems of New Mexico,” says RPNM Chairman Steve Pearce. “The domino effect of ignoring the fate of the oil and gas industry will lead to further catastrophe. Students are already falling behind because of the pandemic, but the Governor is making things worse by failing to fight against a Biden agenda that will hurt New Mexico workers, teachers, and students. It’s obvious the state’s needs and its citizens are not the Governor’s priorities.” 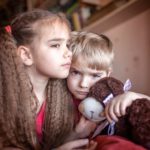 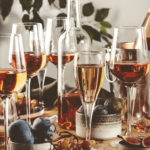