We the Party, condemn the horrifying Democrat Led bill that removes punishment for child predators.

Albuquerque, February 2—The Republican Party of New Mexico is shocked and disgusted that Speaker Brian Egolf would allow hidden legislation to move forward that sides with rapists and removes punishment for such sex predators. HB 140 eliminates language that requires mandatory or minimal time behind bars for pedophiles, allowing the courts to decide on any sentence.

“This is a despicable bill on many levels. The mere fact that Speaker Egolf allowed it to be introduced, knowing that it slyly conceals language so offensive to the public, is an absolute disgrace. Not only is this a hidden bill, but with the Roundhouse closed to the public, it’s a deliberate move that will ram such legislation down our throats without any public input. This bill makes sexual crimes against children even more difficult to prosecute.”

What makes this sex crimes bill even more horrific is that it’s tucked away in legislation pertaining to fish and wildlife infractions.

How could this happen? How could a bill watering down penalties for sex crimes against children be buried in a fish and wildlife bill?! You have to read well into the bill to see this sudden change in legislative language.

This reprehensible bill, introduced by Democrat Rep. Karen Bash, is deceitful and unimaginable. It’s immoral, unthinkable that a legislator would want pedophiles to walk our streets after raping our innocent children.

Remember Victoria Martens? Her own mother allowed men to sexually abuse her, and Victoria was later raped, murdered, and dismembered. Now Rep. Bash wants to side with these sex monsters.

This legislative atrocity takes away from the life and rights of a child, and is, in essence, spiritual murder.

And not only is this despicable bill hidden, but thanks to Speaker Egolf and his Roundhouse Rules to conduct virtual sessions, public comment will be limited or even silenced.

The public will not get a fair say in speaking out on such monstrous legislation, carefully placed in a bill to divert attention from New Mexicans, who should know, must know, and have the right to know this is happening in a non-transparent government. 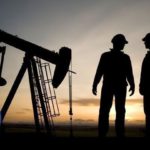 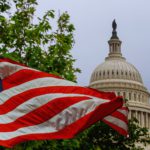