The Republican Party of New Mexico stands by Texas in its lawsuit asking the U.S. Supreme Court to overturn the results of the presidential election. More than 100 members of Congress are backing the lawsuit, which claims that returns should be nullified because voting procedures were changed to allow expanded mail-in voting. Seventeen Republican state attorneys general have also express their support.

The Texas lawsuit was filed against Georgia, Michigan, Pennsylvania and Wisconsin, all critical states that could have helped decide the election for President Trump.

RPNM, which continues to look into the results of the recent election here in New Mexico, agrees that too many questions remain unanswered in the ways the vote totals and counting were handled.

“We stand by the Texas lawsuit in an effort to really examine what happened in many states on Election Day. There are too many instances where Biden votes suddenly appear. There’s even a video in one state where poll workers discover crates of votes hidden under tables after the room is emptied. This has to stop, and these kinds of shenanigans must be addressed. All the plaintiffs want is to prove to the Court that what’s happened across the country was wrong, fraudulent and that the election results must be invalidated. We cannot allow dishonest elections to happen in our nation.” 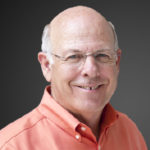 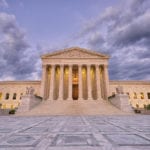