RPNM demands an investigation, reimbursement, and an apology after a deeper dive into "GROCERY GATE" shows taxpayers on the hook for more than $30,000

Albuquerque, March 4—The Republican Party of New Mexico is calling for a special investigation into Gov. Lujan Grisham’s Grocery Gate expenditures and for her to reimburse the misspent funds after she wrongly dished out a whopping $31,782 on fancy food, alcohol, dry cleaning and shoe repairs in 2020 using taxpayer dollars. RPNM also wants the Governor to issue a public apology.

Grocery Gate was worse than we thought.

For a year the Governor’s grocery cart was overflowing at the taxpayer’s expense. This wild and illicit spending spree included shelling out $16,248 during 153 different trips to Santa Fe area grocery stores and doling out $550 in liquor—vodka, whiskey, and tequila. The Governor also racked up $800 to pay for her personal dry cleaning and boot and shoe repairs.

This is all revealed in a stunning and meticulously reported investigative piece by KOB-TV. The report exposes the shocking irony of the Governor’s self-entitlement and the desperation of average New Mexicans.

During the year—and the height of the pandemic–Gov. Lujan Grisham used her contingency fund to consistently feast and drink with her inner circle. This fund is supposed to be used for things like state marketing, promotion, and paying for dignitary visits.

According to the investigative report: “The law makes it clear, the governor can’t enjoy special items from this fund just because she holds a position of power.”

RPNM believes her actions warrant a special investigation to see if the Governor broke any laws.

“This is not leadership, this is simple greed and deceit,” said RPNM Chairman Steve Pearce. “The Governor was living high on the hog while New Mexicans were suffering and ordered not to socialize. While she and her inner circle stuffed themselves on lavish steaks and poured cocktails with the public’s money, New Mexicans were starving for jobs, small businesses were closing and the state’s unemployment rate was soaring. This is shameful and must be addressed. This ‘let them eat cake’ attitude must stop.”

And, according to the investigative report: “The new revelations have prompted Governor Michelle Lujan Grisham’s office to concede ‘more was purchased than what was necessary.’”

Not only is the Governor taking from the taxpayer and being deceitful, but it also seems her nose is growing longer as well.

The report: “In February, the governor stated three months ago she had an idea to purchase liquor for a post-pandemic party at the governor’s mansion. But receipts from April, May, and June reveal liquor, beer, and wine were purchased long before the governor’s party idea.”

This Grisham Greed has no limits, and it’s time the Governor come clean with these hypocritical and possibly illegal actions as she continues to hoodwink New Mexicans. 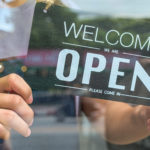 Previous:
Reopen the Land of Enchantment 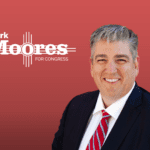