We call on Rep. Phelps Anderson to resign his Legislative seat after switching GOP registration.

Albuquerque, February 10—The Republican Party of New Mexico’s Executive Board has voted unanimously to respectfully ask that Rep. Phelps Anderson of Roswell resign his seat after he decided to switch his registration from Republican to DTS (Decline To State). Anderson shocked and disappointed his constituents, his fellow GOP legislators, and long-time allies with his decision to leave the Republican Party.

“Rep. Anderson should step down immediately! He has betrayed the people of his district. He ran as a Republican, and he’s chosen to leave those who had trusted him to represent them in Santa Fe. Rep. Anderson was just re-elected in November to a seat that is heavily Republican. The principled action would have been to re-register before the election. Instead, voters got a bait and switch from someone they trusted with their vote.”

The Republican Party organizations of Lea and Roosevelt Counties have also asked for Anderson’s resignation.

The move by Anderson seemed to be spurred by pushback he received from constituents after a recent vote. All legislators will take votes that have to be explained in their district. Instead of thoughtfully explaining his vote, he threw up his hands and re-registered.

When asked recently if he’d resign his seat, Anderson told his constituents that he’s not a quitter. But that’s just what he became. He quit the Republican Party. Being a quitter is not the legacy any representative wants on their resume. 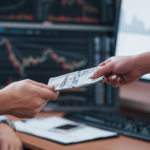 Previous:
MLG Cronies Get Money, You Get Laid Off 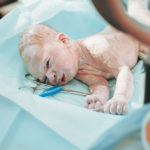 Next:
Abortions for All, Even Up To Birth