Kern replaces Anissa Tinnin, who has led the Republican Party for the last two years. Tinnin decided in mid-2020 not to continue her leadership role into 2021.

“I’m honored to play a vital role in helping move New Mexico toward economic stability and prosperity while enhancing individual liberty through Republican Party ideals,” said Kern. “With Chairman Pearce at the helm of our new team of statewide elected officers, we will bring our vision to all New Mexicans in the coming legislative session and beyond. In addition, I applaud my predecessor, Anissa Tinnin, who has performed an outstanding service to all New Mexico Republicans throughout her tenure.”

Kern offers a wealth of political expertise on both the state and federal level where she is fresh off her role as Campaign Manager for NM State Senate candidate Melissa Fryzel.

Kern is a media relation and social media expert and has used these talents to execute marketing strategies and fundraising services to an array of public and private clients, including strategic public relations and public affairs counsel for a variety of private, nonprofit and corporate clients over 30 years.

“We are very excited to have Nike join our team as Executive Director,” said Republican Party of New Mexico Chairman Steve Pearce. “She will continue to energize RPNM in fulfilling its mission and will play a big role in strengthening the Party. Nike is creative, driven and has a great vision to help turn our state red.” 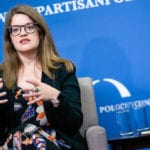 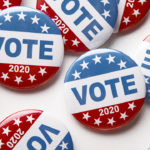 Next:
Republican Electors Stand at the Ready